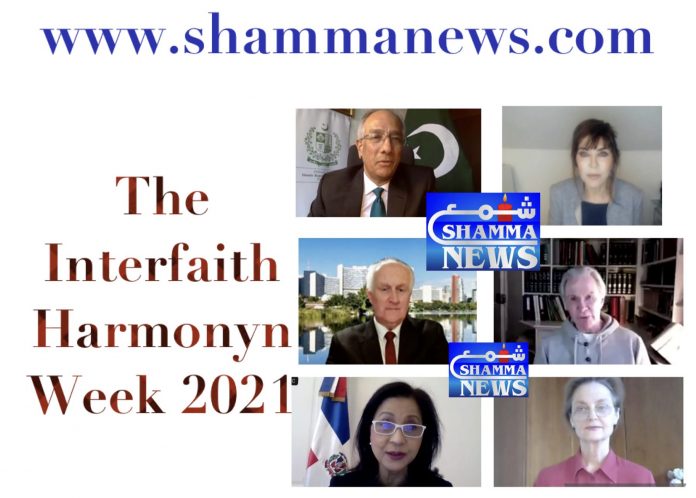 World Interfaith Harmony Week is an annual event observed during the first week of February. The Universal Peace Federation’s Offices for UN relations in Vienna and Geneva and the Interreligious Federation for Peace and Development (IAPD) – Europe, are an online webinar commemorating the Interfaith Harmony Week on Friday, February 5th 2021, 15:00-18:00. The World Interfaith Harmony Week seeks to spread the message of harmony and tolerance among the followers of all the world’s religions, faiths and beliefs. It seeks to do this by promoting their common basis of “Love of God and Love of the Neighbor, or Love of the Good and Love of the Neighbor”. Its message invites everyone, excludes no one, and is purely voluntary. From 1 – 7 February of each year, the World Interfaith Harmony Week provides a platform for interfaith groups and other groups of goodwill to show the world the thousands of events they organized and which often go unnoticed. During the Harmony Week, those groups are allowed to become aware of each other, seeing others efforts and building ties. World Interfaith Harmony Week was proclaimed by the General Assembly in 2010. In its resolution, the General Assembly pointed out that mutual understanding and interreligious dialogue constitute important dimensions of a culture of peace and established World Interfaith Harmony Week as a way to promote harmony between all people regardless of their faith. Recognizing the imperative need for dialogue among different faiths and religions to enhance mutual understanding, harmony and cooperation among people, the General Assembly encourages all States to spread the message of interfaith harmony and goodwill in the world’s churches, mosques, synagogues, temples and other places of worship during that week, voluntarily and according to their religious traditions or convictions. World Interfaith Harmony Week (WIHW), conceived to promote a culture peace and nonviolence, was first proposed by King Abdullah II of Jordan at the United Nations in 2010. This was quickly adopted by the UN General Assembly (resolution A/RES/65/5), declaring the first week of February each year as World Interfaith Harmony Week, calling on governments, institutions and civil society to observe it with various programs and initiatives that would promote the aim of the WIHW objectives. The United African Congress and Give Them a Hand Foundation heeded the call by organizing an interfaith forum at the UN in 2012 and have continued to be involved every year ever since. They chose for their theme “The Diaspora-a Force for Positive Change” citing the ability of immigrant communities of diverse backgrounds, faiths and ethnicities in the United States to live side by side harmoniously bound together by shared values, love of God and love of neighbour. The interfaith forum gathered Christian, Muslim, Jewish, Hindu and Buddhist faith leaders to talk about the teachings of their respective faiths as it relates to peace and harmony. The forum was co-sponsored by the Permanent Mission of the Federal Democratic Republic of Ethiopia to the United Nations. 1st Session is Interfaith Cooperation as a basis for Social Cohesion. Mr Peter Haider, President UPF Austria also Welcoming numerous renowned members of the Austrian interreligious community and diplomatic representatives. Session Chair: Ms Heather Wokusch also welcomed and introduced to the International Dialogue Speakers Dr Joshua Sinclair, Medical Doctor, Filmmaker, Professor of Comparative Theology. H.E. Aftab Ahmad Khokher, Ambassador of Pakistan to Austria and the UN in Vienna. H.E. Lourdes Gisela Antonia Victoria-Kruse, Ambassador of the Dominican Republic to Austria and the UN in Vienna. Ms Anja Kruse, Film and Television Actress, Author of the Book “My Way with Buddha”. World Interfaith Harmony Week convenes a diverse group of Ambassadors and other leaders to speak on the vital role of faith and religion in global affairs. Participants of all faiths are warmly invited to engage in the discussion, not to water-down or understate the firmness of their convictions, but to acknowledge and reaffirm the truth that no religion promotes violence, and that no religion ignores the value of peace. Panelists spoke on the unique ways in which their governments and organizations have used interfaith projects as tools for peacebuilding. A panel of ambassadors from Pakistan and the Dominican Republic. In this rich variety of contexts, the audience heard in concrete terms how faith and faith-based organizations remain not only effective but critical players in the quest for international peace, harmony, and sustainable development. All panellists shared with the audience his experiences encountering people of different faiths also said It is very important that different religions get involved with each other, so in the future, we can avoid cases of racism from any side. Play for Peace activities, like the ones we are experiencing, can help avoid misunderstandings because of differences. At the End of the first session, Mr Peter Haider President UPF Austria and Session Chair: Ms Heather Wokusch said thanks for all Panelists after
Playing the Peace Song. 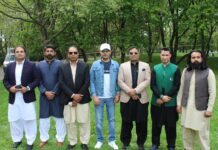 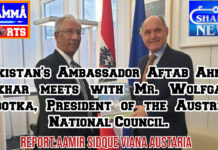 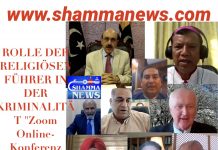 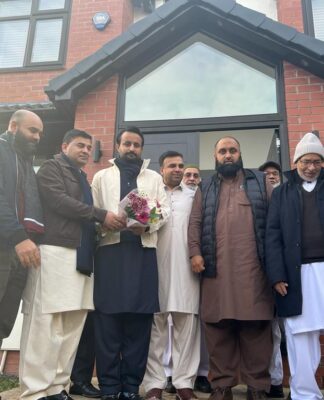